Rekit uses Less or Scss as the css pre-processor. Unlike many practices import style file in a React component, Rekit recommends to just use Less/Sass itself to manage dependencies. This approach has several advantages:

The approach used by Rekit is intuitive, described by below picture: 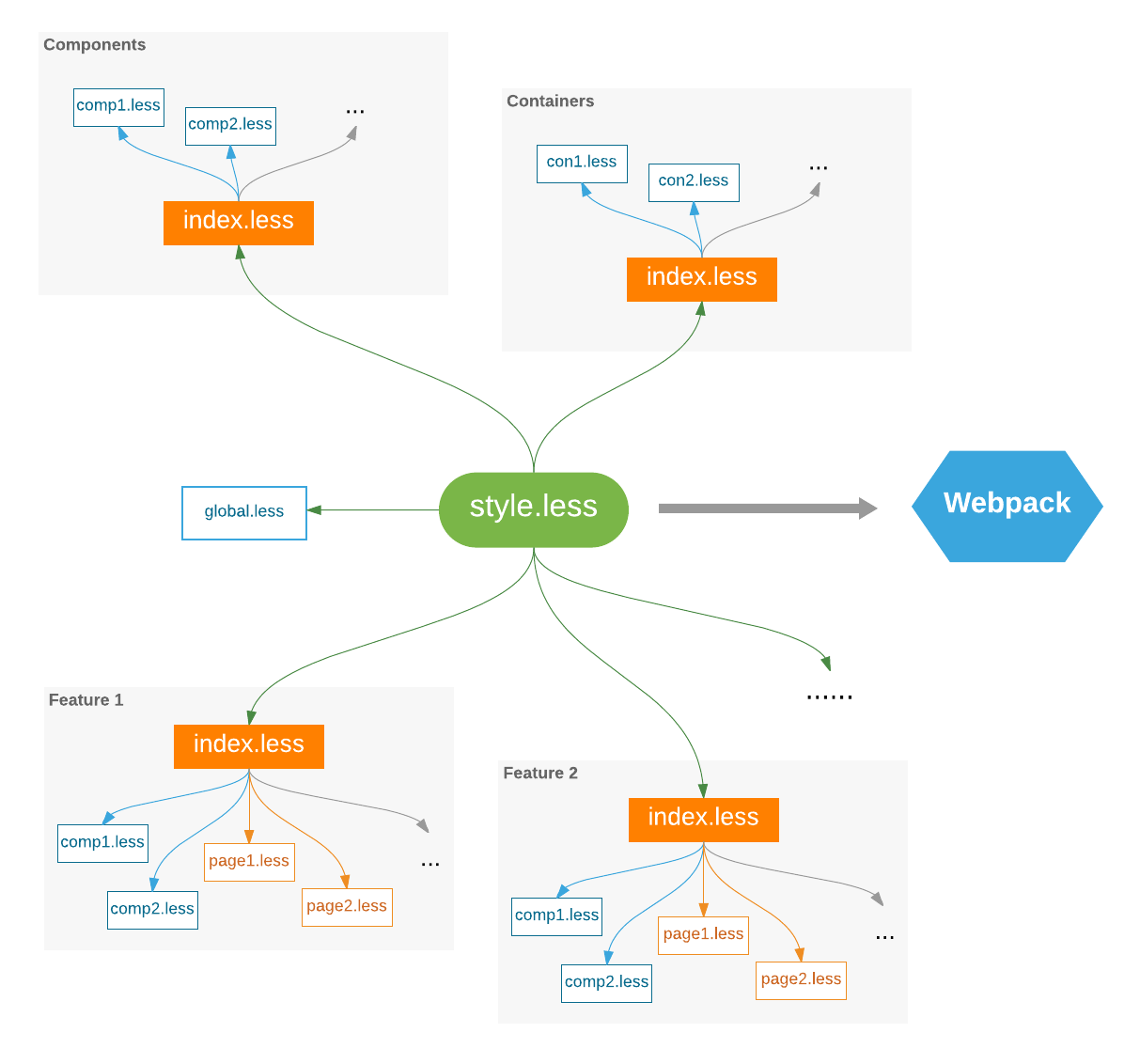 In general, styling for a Rekit application follows below several rules:

For other scenarios, feel free to use the way you like.