The easiest way to try out Rekit is creating a Rekit app and playing with it. Just 3 steps:

The app should be started in a few seconds, then you can access it at: http://localhost:6075.

When a Rekit app is created, there will be an examples feature in it. You can see it at: http://localhost:6075/examples:

The examples feature has two examples:

1. A counter demo using sync actions. By the sample you can quickly see how component, actions and reducers work together.

2. A demo to fetch latest topics of reactjs channel from Reddit This is just the same example from the official Redux site: https://redux.js.org/docs/advanced/ExampleRedditAPI.html. It demonstrates the async actions for a Redux application. But the Rekit version uses one action one file pattern, and it adds error handling which is a common requirement for real-world apps. 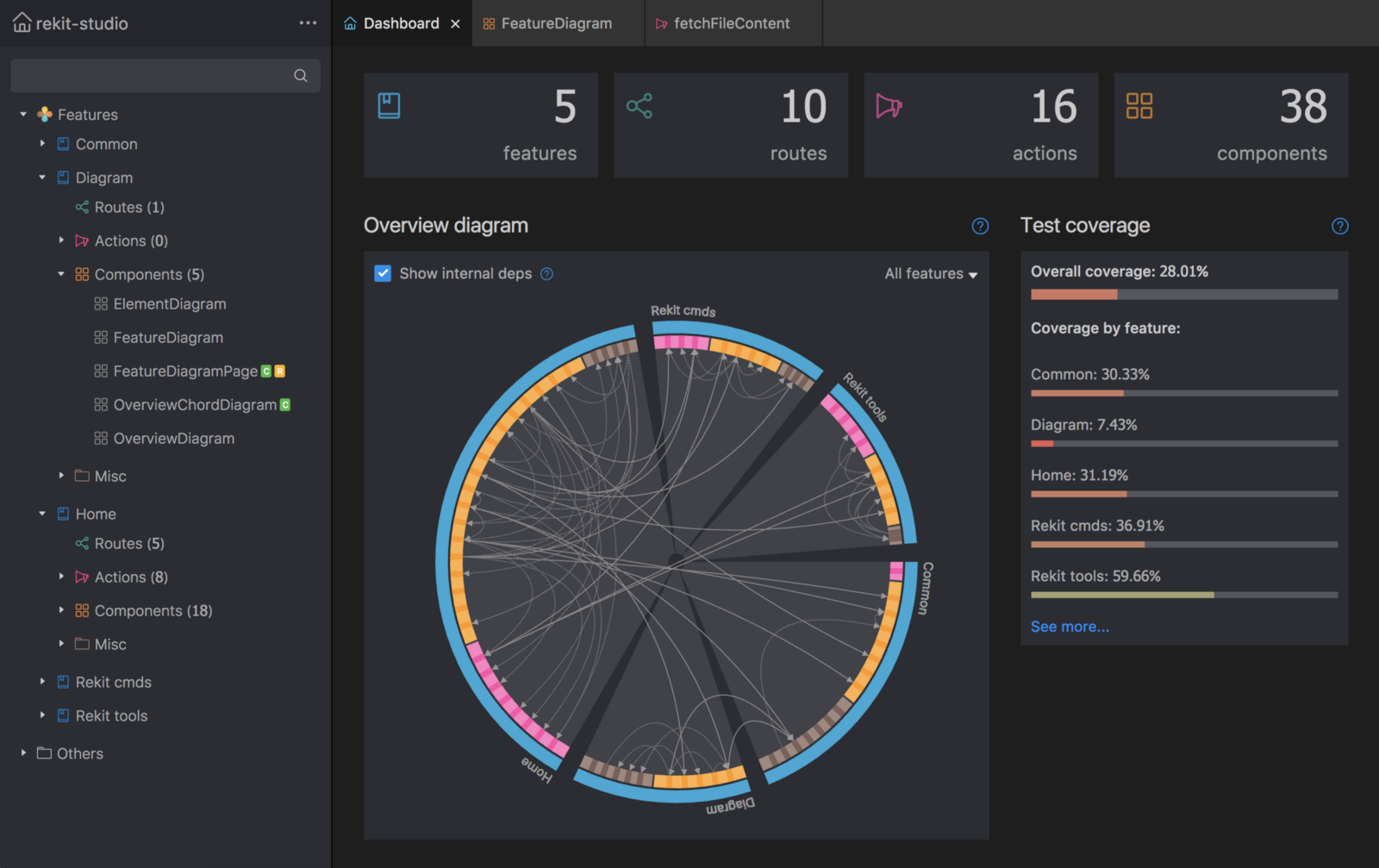 See a full introduction at: https://medium.com/@nate_wang/introducing-rekit-studio-a-real-ide-for-react-and-redux-development-baf0c99cb542

Rekit creates a single page application by default. You may need to edit the root container first to define your own container layout. The source file is at src/features/home/App.js.

There are two samples on the welcome page, and they are also demos on Redux's official web site. Now let's see how to create them with Rekit. 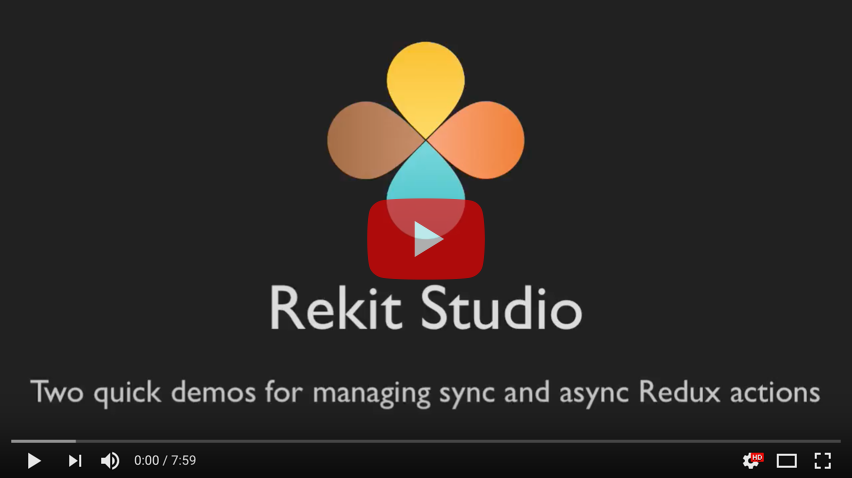 The demo contains two parts, which are examples in Redux's official website:

You have already created your very first Rekit app and tried powerful Rekit tools! Now you can read more details about Rekit in the following pages.